If you’re looking for some holiday fun, get the kids in the kitchen baking and creating with Baker Girl Lou Duggan’s Ice Cream Cone Cupcakes and Rainbow Sprinkle Fish cake.

Gather the kids and ask them to imagine what their dream cone would look like, then head to the supermarket to gather your favourite toppings. The decorations below are the ones I used to make my dream ice-cream cone. 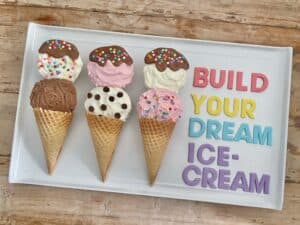 Preheat the oven to 180°C/160°C fan forced, and place 12 cupcake cases into a tin. Place the butter in a large mixing bowl and beat until soft, then add the eggs, milk and vanilla essence and combine. Sift in the flour and beat for 1 minute. Pour the batter evenly into the cupcake cases, making sure to not overfill beyond half way, then bake for 20 – 30 minutes.

Icing
To make the icing, place the butter in a large mixing bowl and beat until soft. Add half of the icing mixture and the milk, then add the remaining icing mixture and continue to beat until fully combined. Split the icing evenly into the number of bowls you need for the colours you have chosen to make. Once you have coloured each bowl, check the consistency of the icing. If any colour needs a little more milk, add ½ a teaspoon at a time until a thick but easily spreadable consistency is achieved.

Construction
It’s easiest to decorate the cupcakes before stacking your cone. Ice each cupcake with a generous thick layer by moving the surface in a circle motion to look like a ball of ice cream. Decorate the cupcakes with your chosen topping, and place your waffle cone on the board. Push the first cupcake just inside the cone and push the second cupcake against the first.
If you want to add a chocolate topping, you can use melted chocolate or a squeeze bottle of fudge sauce. I made my chocolate ones on baking paper and added to the cupcake once completely set. 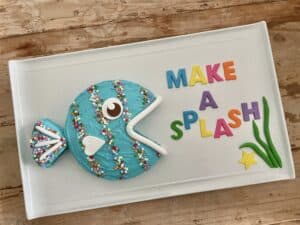 Preheat the oven to 180°C/160°C fan forced, grease a 20cm round tin with butter and flour, and line with baking paper. Place the butter in a large mixing bowl and beat until soft. Add the eggs, milk and vanilla essence to the butter and mix to combine, then sift in the flour and beat for 1 minute. Pour into the greased tin and cook for 30 – 35 minutes. Leave to cool completely before removing the cake from the tin. Cut a triangular wedge out of the right side of the cake to make the mouth opening, and place as the tail.

To make the icing, place the butter in a large mixing bowl and beat until soft. Add half of the icing mixture and the milk, then add the remaining icing mixture and continue to beat until fully combined. Add the blue food colouring, ½ a teaspoon at a time until a mid-blue colour is achieved.

Ice the cake starting with the top, covering the cake roughly. Add stripes of sprinkles to your fish as shown on the image. Cut a circle of white icing for the eye, place a chocolate melt for the pupil, and hand roll a little white ball for the glare. Cut out a white icing heart to make the fin, adding 4 lines to the top using the back of a knife. Then complete by rolling out the icing for the mouth and tail.

Lou Duggan is the founder of Cake 2 The Rescue, an award-winning DIY cake kit company which has helped more than 40,000 Australian families pour their love into a homemade cake. With a background in engineering and design, Lou has spent the last ten years building Cake 2 The Rescue into a thriving ecommerce business, with more than 250 cake kit designs, and a loyal online audience of 60,000+ cake fans. As a talented creative entrepreneur, Lou is a big believer in the power of vulnerability in business, and loves empowering other women to ditch perfectionism and embrace entrepreneurship. 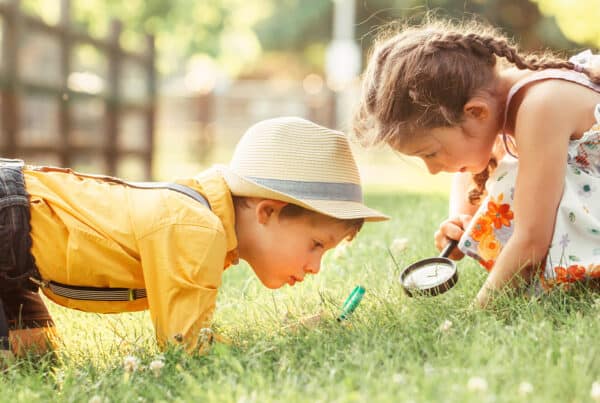 EducationThings To DoTo do at home 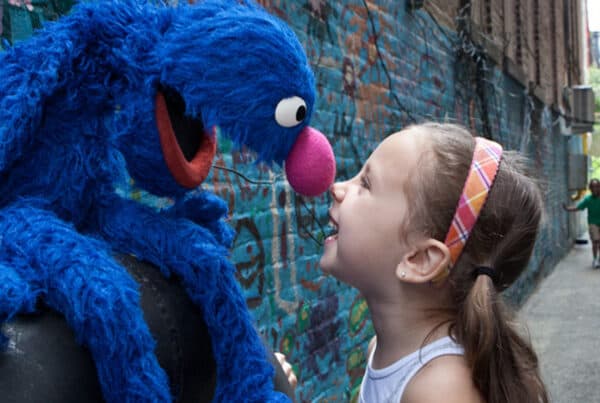 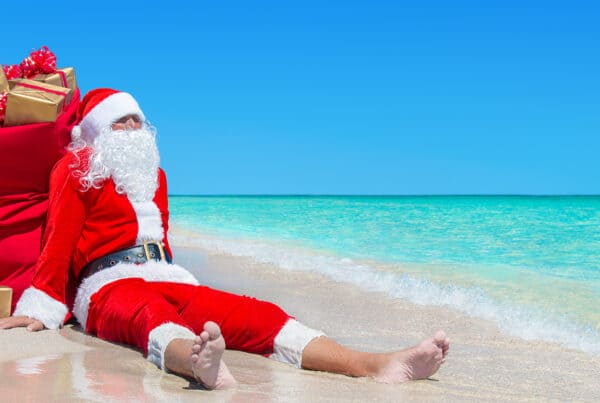